Gillette: The Best an Ad Can Get?

People are both dismayed and inspired by the new Gillette ad.

Many women, in particular, see nothing problematic in the messaging, while many men counter that it's insulting to assume that the majority of grown men need to be lectured on the topics covered by someone selling them razors.

Why the split reaction?

Let's look at the language within the ad itself. I listened to the commercial and transcribed the audio I heard. Let's take a look.

(Left-aligned text is the narrator and centered/italicized are background lines.)

Is this the best a man can get? Is it?

We can’t hide from it.

Sexual harassment is taking over...

It’s been going on far too long. We can’t laugh it off.

Who’s the daddy?
What I actually think she’s trying to say…

But something finally changed.

And there will be no going back. Because we? We believe in the best in men.

But some is not enough.

That’s not how we treat each other, okay?
You okay?

Because the boys watching today will be the men of tomorrow.“

End Text: It’s only by challenging ourselves to be more that we get closer to our best. 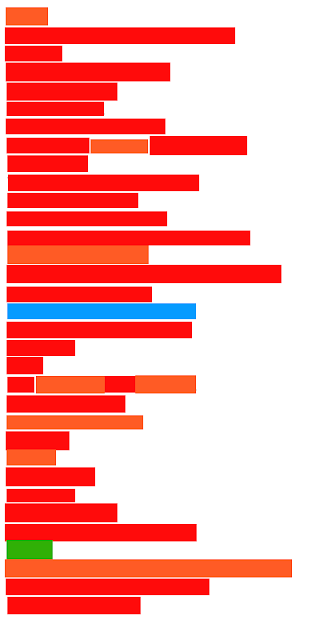 Keeping in mind that red is a color of challenging and asserting authority and orange is the color for framing information presented, it becomes pretty apparent why it draws a reaction.

This color scheme could rightfully be designated as The Lecturing Parent. This is how a conversation might look like anytime an authority is chastizing an inferior.

Yet it is a commercial selling a razor.

As to why the formula is offensive to men, that's simple: These dynamics offensive to everyone. Period. They leave no room to breathe in an onslaught of lecturing.

The topic can be flipped to something else, and women can be named to the exact same effect.

Here's the same script, flipped to focus on women. Let's pretend it's a commercial for tampons or a maxi pad (because we need something that can hold a lot of red).

28% of people are still paying for Christmas a year later.
Femininity

Is this the best a woman can get? Is it?

We can’t hide from it.

Debt is taking over...

It’s been going on far too long. We can’t laugh it off.

Who’s the mommy?
Oh, my gosh! You totally need those shoes…

But something finally changed.

Leaders are pushing for a $15 minimum wage—a living wage.

And there will be no going back.
Because we? We believe in the best in women.

Women need to hold other women accountable.
You're great just the way you are!
Love it!

But some is not enough.

That’s not how we handle money, okay?
You okay?

Because the girls watching today will be the women of tomorrow.
It’s only by challenging ourselves to be more
that we get closer to our best.


Can you hear the tonal dissonance now?

This tonal combination fails in any direction its aimed, UNLESS the listener is already converted to the message.

For example, some men probably would agree with the flipped commercial and ask why any woman who wasn't guilty of overspending should be offended by being lectured by her tampon manufacturer.

If you're not guilty, what's the problem. Right?

So, for some, there is no problem with the ad.

But others are not looking to find their morality from a company that still charges more for pink items than blue and currently sponsors events like this: 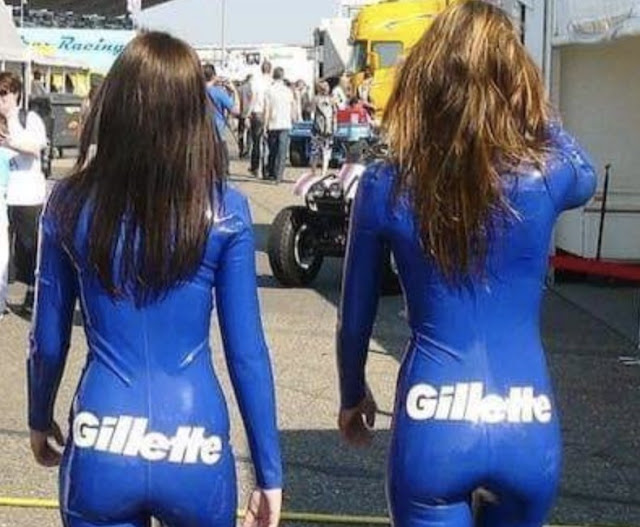 It's a tough game to preach morality like a longsuffering parent. The standards are high and you have to hold them higher than anyone you're preaching to in order to retain credibility.

In my assessment, Gillette miscalculated on this one. This is not the best an ad can get.

It accomplishes the task of being on-pitch to one niche and tone deaf to everyone else outside of that choir--which includes more than 50% of their target market.

And now, they're probably going to have to drop their pink tax on female-marketed items pretty quick if they want to keep the choir they have left.


Want to learn the 8 Major Conversational Tones? Let me know. If there's demand, I would love to make a tutorial with resources.

New comments are not allowed.