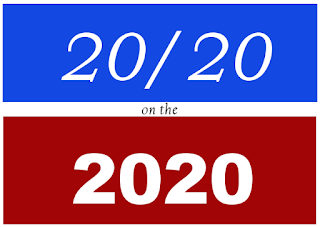 That’s kind of a mouthful, but don’t worry. I'm about to shorten that down. Because was really matters here is the 8 tones on the scale I'm calling the Tone Bots.

What are the Tone Bots?

The Tone Bots are 8 Twitter accounts that highlight who is singing their tune when it comes to reporting on politics and current events.

Each Tone Bot denotes 1 of 8 popular types of current communication.

Think of these tones like the octave of a C-Major scale (all white notes on a piano), going from C-to-C. (Yes, the sharps and flats play a role, too, but we’re starting with the basics: Clear, defined Major Tones. Minor tones come later)

Each Tone Bot is objective in its analysis of tweets so you don’t have to be. Each Bot analyzes all words equally, only caring about the tone created in the formation of statements and questions.

Now, there are certainly more than 8 motives in communication, but it is safe to say that a vast majority of our current public discourse can be accurately coded down to 8 primary tones of engagement.

So that’s where we’re starting.

If you ran across 1 bot and it led you here, please know there are currently 8 Tone Bots.

At present, each Tone Bot focused on RT-ing other tweets that resonate with their vibe. PLEASE NOTE: This applies to the body of the MAIN TWEET ONLY, and not embedded links.

The point of assessing ONLY the main tweet is to make it easy to learn to recognize each tone while simply scrolling.

As a point of note: The definition of each Tone Bot is as objective as line of computer programming. It does currently take a human mind to interpret context, but all bots are consistent in objective requirements of content belonging to their lane of communication.

I will teach you these definitions eventually. But first things first:

This step also includes reconciling areas where you think the bots might be going rogue in their analysis and resolving questions.

Step 2 is trying your hand at it, and could include something like tagging the bot in a tweet you think it should RT to see if you’re getting the hang of it.

The path to opening up Step 3 lies in the execution of Steps 1 & 2.

The RT (and occasionally composed tweet) topics of focus the Tone Bots will be showing you, include:

Why? Because those are the topics of highest interest on Twitter. (Also, it would be nice to avoid a re-do of the aftermath of the 2016 election.)

What the Tone Bots offer: In a world where people selling are pretending to be informing, and people who are supposed to inquire are more interested in painting, the Tone Bots offer you a pitch-perfect, 20/20 vision on what's being sold, framed-up, and treated as objective information during the 2020 election.

If you’re currently confused as to how—exactly—the Tone Bots can do that, that’s okay. You’ll catch on.

For now, see Step 1: Follow ALL 8 Tone Bots on Twitter now and start to develop a sense of pitch as you scroll.

Thanks for playing along, and I can't wait for Step 3 to unlock and information start to flow.